This is your default message which you can use to announce a sale or discount.
Get started
Posted on March 1, 2018 by JamesLeslie
Spread the love 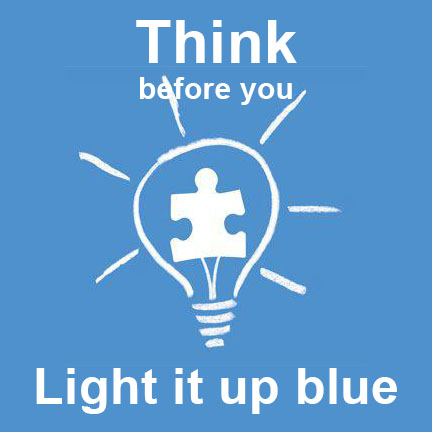 There is a lot of money being made off of autism and other disabilities, from colleges charging massive tuitions for specializing in autism-related courses both undergraduate and graduate levels to non-profits raking in millions upon millions of dollars tax free and to what end?

ADHD medicines are not always the answer

Over the past years I have had many highly educated and degreed behaviorists, speech therapists, aids, psychologists, etc. they all said that I need to take ADHD medicine to help me calm down and focus. These medicines made what seemed from the outside as a calm and controlled state of mind. But in reality on the inside my brain would race creating more frustration and pent up aggression. As I got older, around eight or nine, I began to show signs of frustration and anger. I was told that this was a “natural tendency” in autistic people at my age.

When we began to research the side effects of all these ADHD medicines, it became clear to me that these medicines can and do cause these “natural tendencies” in most people that use them over extended periods of time. I don’t remember when I was first put on these medicines, but I know it’s as long as I can remember. When it was brought to my aids and behaviorists and therapists etc. we were laughed at and told that stopping the medicine would have bad consequences. I have not personally paid thousands of dollars to specialize in a career in autistic related science, but I have stopped taking those medicines and it has made a big difference. My behavior and aggression has gotten a lot better. T

his seems to be a recurring theme…people with a true desire to help with autism being run through this huge money generating system and coming out of the other end not much better off then before they entered. It makes me wonder, what are they teaching in theses classes. I am very thankful that these people have been and that some still are in my life. I don’t for one second doubt their sincerity or heart for autism. I just feel that they and I have become victims of a corrupted system that generates millions and millions of dollars

Autism Speaks has let me down

The greatest and most well known non-profit that represents autism in the worlds mind is undoubtedly Autism Speaks. They hold hundreds of events, have a huge full time staff, and a big Facebook presence and for what? Of the almost sixty million dollars generated last year, less than 4% went directly to people affected by autism. About 5% of the Indiana state budget goes to prisons. If autism speaks is about autism, then state budgets are about prisons.

Every spring people throw millions of dollars at them as they do their autism awareness day and their autism walks. I have seen a lot of YouTube videos of people with autism like me, high enough functioning to speak for them selves talking about how autism speaks has let them down and I agree with them. My experience with autism speaks started in November of 2014. On the Saturday of thanksgiving weekend I set up a booth at the highland holiday craft fair. At the craft fair I met a guy who works for autism speaks. While I feel that autism speaks could care less about me and my business, I feel that this guy truly cared. Unfortunate he didn’t have the power to do things that would be a big help to me like having something about my business put on the autism speaks website or Facebook page, but he did do what he could to help me. He bought one of my more expensive pictures and he shared my business Facebook page on his blog. Also a common complaint I’ve heard is how there isn’t much out there for adults with autism. I ended up starting a social group called NWI Differentiability Club for adults with disabilities because I didn’t have much of a way to meet people after I graduated from high school. It sure would be great if the Chicago chapter of autism speaks would start up some autism adult social groups through out the Chicago area. I bet that I would meet plenty of other autistic people that I could relate to and be good friends with, which would make my life a lot better.

Selling at the Autism Speaks walk was a big disappointment

Later on that winter, the guy I met at the highland craft fair messaged me about the autism speaks walk for autism in Chicago that spring. I looked into it and saw it was going to be a big event with over 20,000 people coming to support autism. I got very excited about it thinking that it might get my business off the ground. I have sold at many different events and when I sell at events it becomes clear who really cares. Unfortunately the autism speaks walk for autism ended up being a big disappointment. For weeks leading up to this huge event in Chicago at soldier field it was obvious to me through all the online promotion and responses on their Facebook page that this event would not only be huge with over 20,000 people but could be a great opportunity for my business. Not only would there be a lot of people, but a lot of people coming to support autism. As the event got closer I was very excited about selling at this event put on by the most well known autism organization in the world. I imagined getting a lot of my products sold and making a lot of good connections.

The day arrived, we drove all the way to Chicago, to soldier field, to an almost full parking lot. As we carried all of our heavy bins of products to sell the crowd got bigger and we eventually arrived at the building. We stopped to see where we were supposed to go as a huge crowd walked into the stadium. We noticed the sign for independence corner, the place where me and some other autistic people sold their stuff, pointing away from the stadium. We walked around to the other side of the building, to an empty feeling field nowhere near the big crowd. We were told to set up at a small tent to sell my products. Around the field were sponsor booths set up and a stage. We thought that the crowd would come through there. All day we sat and waited for the crowd to come. It never did. It was very frustrating to sit there all day with the anticipation of a huge autism supporting crowd seeing my stuff. That was not what it was. It was like being invited to a bbq and then being told to sit behind the garage away from everyone. We weren’t even on the route of the walk. This did barely anything for my business.

I don’t expect autism speaks to go out of their way to help me and my business, but they could have easily made the event better for me. It is frustrating that they invited me to event and then barely gave me any access to the 20,000 people that came there to support autism. I feel like they used me to make it look like they were helping people with autism, but didn’t care about being an actual help to me and the other people that sold there.

Later on me and my older sister spent months working on a promotional video to help spread the word about my business. I messaged autism speaks and asked them to share my video on there Facebook page with almost 2 million followers and they didn’t even respond. With all of the money they are making they should have people in charge of responding to messages. Most of the people that I have heard talk about autism speaks have said that they have had bad experiences with them. The slogan for autism speaks is its time to listen. I would say that they need to take their own advice because they are definitely not listening to me or speaking for me. I would say that they are just speaking for themselves. Below is my promotional video that me and my older sister worked very hard to make and that many autism organizations have ignored my messages about sharing. Feel free to share it and help spread the word about my business.

Some organizations have helped me

While autism speaks and other autism organizations have let me down, there are some organizations that have helped me. The organizations that have helped me are smaller and local.  One organization that has helped me is the Special Needs Awareness Program. They had a thrift store in Griffith that recently closed down. I got my first job there thanks to another good organization called Work One that paid me with a grant that they get from Goodwill. The owner of SNAP was also nice enough to let me do my social group meetings at her store. Now that the store has closed, I am doing my social group meetings at the Griffith community room at the Griffith YMCA. The owner of snap is hoping to open a better storefront sometime.

Another organization that has helped me is Planting Possibilities. The goal for Planting Possibilities is to open a facility in Lake County, IN., where people with disabilities can do gardening work. I am definitely looking forward to seeing that happen. For now they have a class at Campaigna Academy where I volunteer. It something that I enjoy doing. Also they do an annual event called Rockopelli. I have sold my products there for a few years I have done good. In fact last year was my best day selling at any event.

Another organization that has helped me is the Indiana Autism Society. Last fall I sold my products at their Northern Indiana Autism Expo and they put me in a good place for people to see my stuff and I got quite a bit sold. I even met an autistic guy who is my age and high functioning like me and he has been a good friend and has came to several of my social group meetings. After the event I messaged them and asked them to share my promotional video and they said yes.

One more organization that has helped me is Special Olympics. The Special Olympic sports have made for a great way for me to get out of the house and meet other people with disabilities. It has definitely made my post high school life a lot better.

There is a lot of money being made off of autism and other disabilities. Over the past years I have had many degreed people tell me that I should be on adhd medicines, but they didn’t help me. After doing research I found that the medicines were causing the side effects that I was experiencing. Autism speaks has let me down with my disappointment with selling my products at their autism walk and ignoring my messages about sharing my promotional video. The autism society of America is another autism organization that has let me down. At the same time organizations like the Indiana autism society has helped me. You should definitely think before you “light it up blue” this autism awareness month.

Have any disability organizati